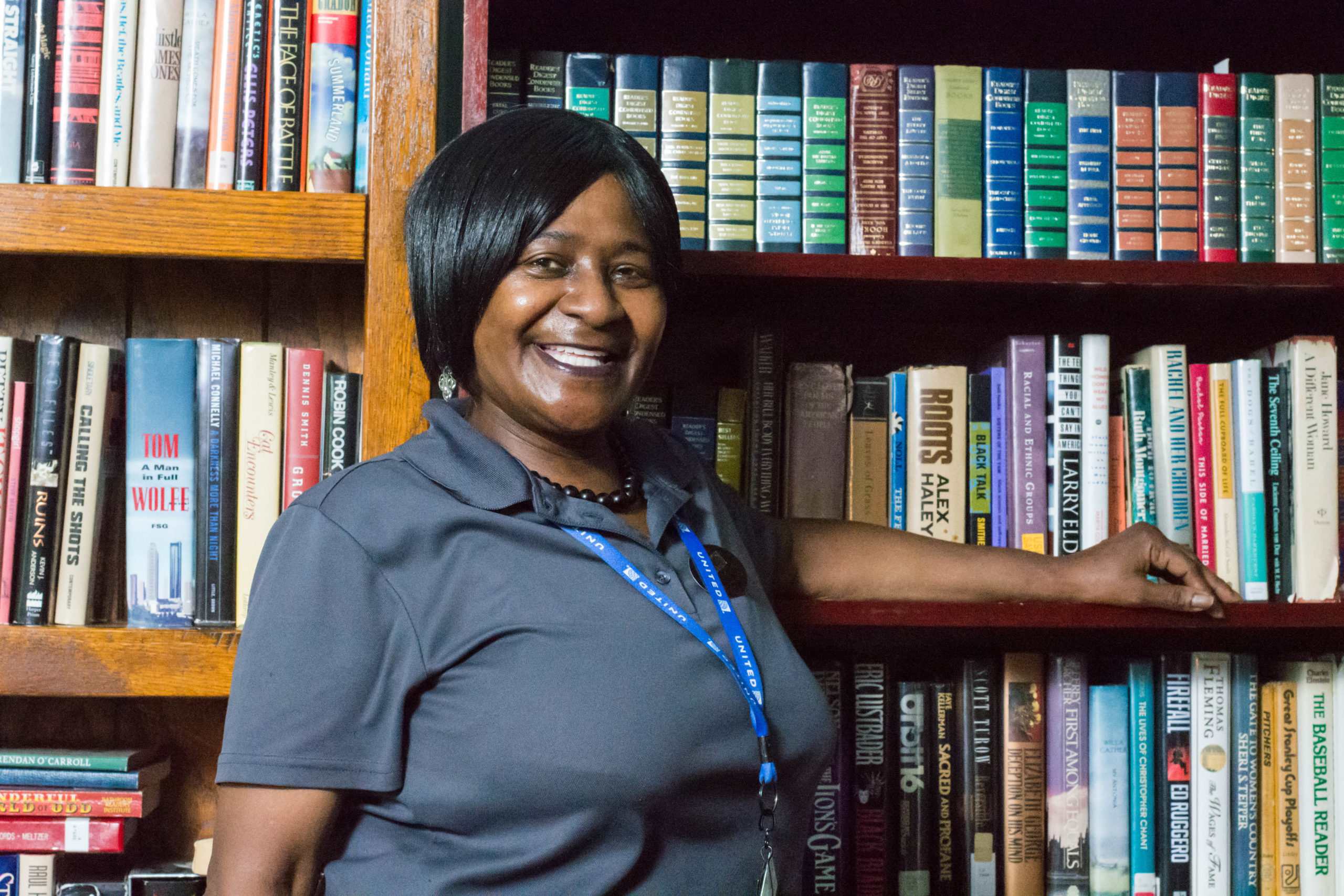 When Brenda K. first heard about St. Martin de Porres House of Hope, she quickly dismissed the thought of living there when she learned about the required commitment. “They told me I had to be here a year, and I changed my mind. I told them I’d get back to them later.” Then when Brenda joined St. Martin de Porres House of Hope on Aug. 11, 2014 and learned that she could not wear a wig, she had even more reservations. “I’ve always worn a wig on my head.”

Brenda decided to tolerate the house rules and make the commitment because she needed her life to change. She became addicted to drugs at age 40. She stayed up all night getting high and would not report to her custodian job at a Chicago hotel. She eventually quit her job and ended up homeless. She stayed at Pacific Garden Missions a few times and sought drug treatment a couple of times. In 2013, she overdosed and woke up in a hospital.

Today, Brenda has completed all three phases of drug recovery at St. Martin de Porres House of Hope. Since joining the program, Brenda said she’s developed structure in her life, a relationship with God and a sensitive heart. “Before, I was angry. Now, I hurt when someone else hurts,” she said. With help from the Cara program, Brenda started working full-time on April 19 as a custodian at Sodexo, Inc. at O’hare Airport. She has saved her money and is now looking for an apartment. “I got the help I need so that I can get out there and face society,” Brenda said. “God gave me another chance.” She added: “I’m so grateful that Sister Therese allowed me to stay here to get my recovery.” Brenda has one son, 39 and a granddaughter, 16.