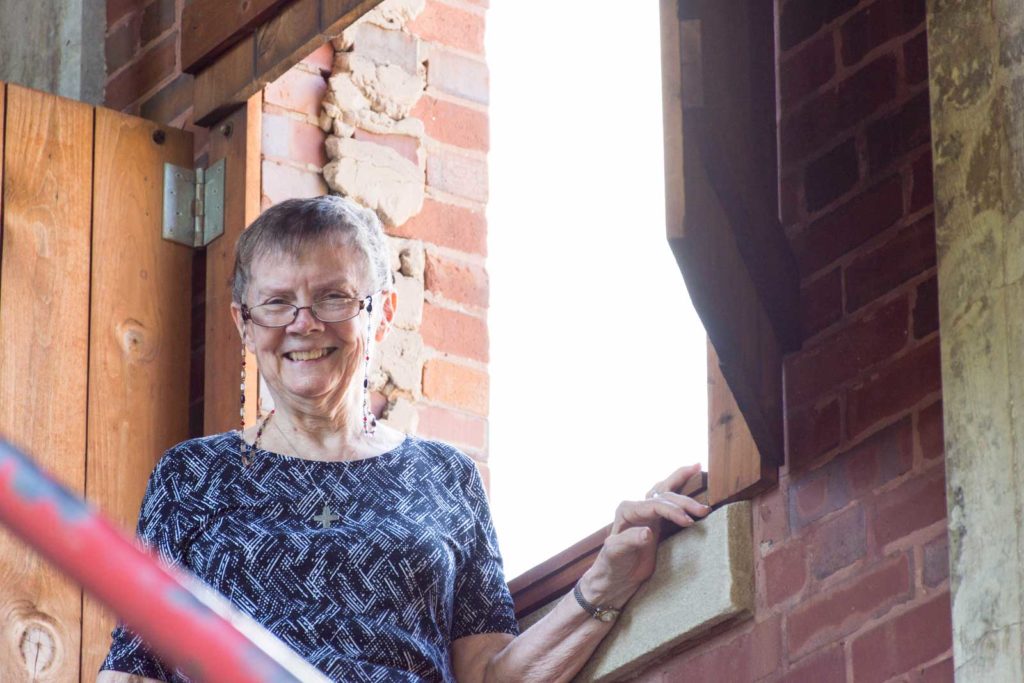 SISTER THERESE O’SULLIVAN, a member of the Loretto Sisters of the Irish Branch, IBVM, is co-founder and executive director emerita of St. Martin de Porres House of Hope (now Southside Center of Hope), a women’s substance abuse recovery home in Chicago’s Woodlawn community. She recognizes the importance of respecting women in recovery until they can learn to accept and love themselves.

Although Sister Therese retired at age 77 in June 2016 after 33 years of service and ministry at the recovery home, she still works alongside Executive Director Yaisa Hagood.

“I still have a lot of energy and drive,” she said. “I love what I’m doing, and I can still make a difference in people’s lives.”

Sister Therese became a nun at age 18 when she joined the community at the Loretto Convent in Wheaton, Illinois. She took vows of obedience, chastity and poverty. At the time, she thought her sole ministry would be teaching primary students. She had earned a bachelor’s degree in education from St. Xavier University, and she had been teaching first-graders at St. Cyril Elementary School in Woodlawn for 18 years (1966–1984; the school was later razed). Sister Therese adored the children and loved teaching them.

She was surprised one day when her Mother General suggested she broaden into a new mission. Sister Therese, who was 45 at the time, did not want to leave her ministry in education. However, when she saw a newspaper photo of a homeless Chicago man walking in a blizzard, she felt called by the Spirit to work with women and children facing a similar plight.