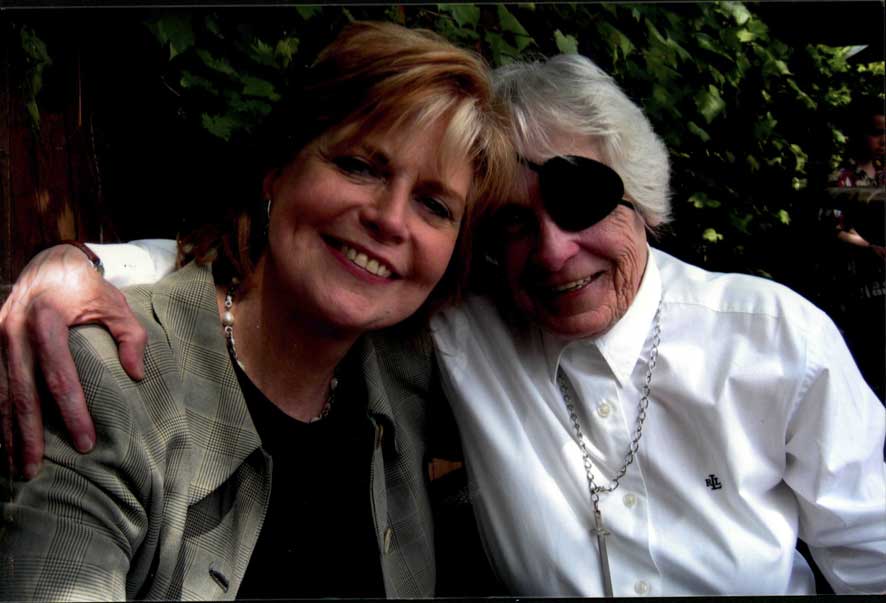 SISTER CONNIE DRISCOLL, co-founder of St. Martin de Porres House of Hope (now Southside Center of Hope), passed away in 2005 at the age of 72, but her legacy lives on in the thousands of women and children whose lives she touched and changed.

Before Connie Driscoll became Sister Connie, she was a sergeant in the Women’s Army Corps, a law school graduate and an entrepreneur. In her late 40s, she traveled to Chicago to visit nuns who had taught her at Loretto High School in Sault Ste. Marie, Michigan. In a later interview with the Chicago Reader, she said, “I just stayed because they showed me what was going on with the hungry. They convinced me that this was the place to stay and help. So, we opened a shelter and we’ve been here ever since.”

In 1983, Sister Connie co-founded St. Martin de Porres House of Hope with Sister Therese O’Sullivan. Two years later, she established a religious order, the Missionary Sisters of the Poor, and dedicated the rest of her life to caring for substance-addicted women and their children.

Inner Voice CEO Jackie Edens, Sister Connie’s longtime friend, said, “She believed you could accomplish anything as long as you were willing to focus and put your shoulder to the wheel.”

Sister Connie also believed in personal responsibility. Residents at the shelter-turned-recovery home were required to take care of themselves and work as a community of women.

As she told Forbes magazine in a 1997 interview, “They have to turn over 80 percent of their welfare check and 50 percent of their food stamps. I put the money and stamps into a safe-deposit box and return it when they’re ready to leave. We teach them to pay rent, utilities and food bills first, then prioritize what else they need. The word on the street is that ours is a tough house. The women always have somewhere to be: career or computer training, GED classes, Alcoholics and Narcotics Anonymous meetings or a job here in the house.”

Sister Connie worked tirelessly for St. Martin de Porres House of Hope through her final days. Upon her death, she left detailed instructions: “I wish to be buried in Chicago, so I can be close to my child. Since 1982, these have been the happiest years of my life. Please remember to give thanks to all who cared for me and made this possible. And always remember my family. You know my family has meant everything to me. All of my nieces and nephews, sisters, brothers, in-laws and extended in-laws. Therese, you have meant everything to me, and your spirituality has made me a better person.”